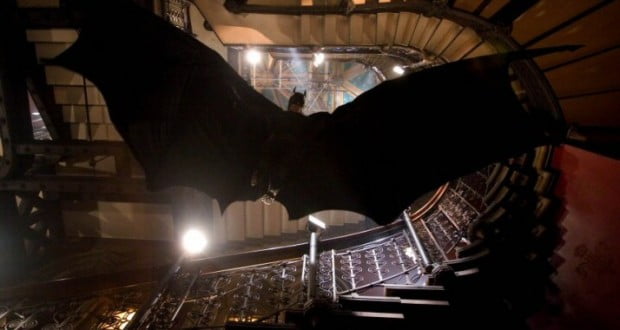 I went to see Batman Begins yesterday, and it was a damn good movie. It takes a lot to make me forget Batman Forever… But making me forget Burton’s 1989 Batman? Now that’s incredible. Nolan has done the impossible of restarting a franchise everybody thought was doomed after 3 crappy sequels, and the Batman franchise seems headed towards Spider-Man serialized goodness. Swell!

If you ever want to check out a movie in Shanghai, I recommend strongly Paradise Warner Cinema City, in Xujiahui, for one reason alone: the VIP room! VIP rooms are a huge trend right now in Shanghai, with almost every bar having a VIP area which you can only access by ‘knowing people’. The trend is big enough that Wang Faye herself has opened a bar near Jing An Temple, named simply… VIP Room.

Imagine my pleasure when I realized, yesterday, that this trend now extends to movie theaters! At Paradise Warner, when you pay 30 RMB more (approx. $5 CAN), you get to watch the movie in a smaller room, with only 30 seats. You get to sit in a luxurious leather couch, complete with reclining back and footrest. Finally, the ticket includes one popcorn, one soft drink and a small sample of ice cream. Sweet!

It’s a testament to Batman Begin‘s quality that nobody spoke about the kick-ass La-Z-Boys after the picture. But truly, it felt like a real VIP treatment. Imagine: I only heard two cellphones ring during the movie!