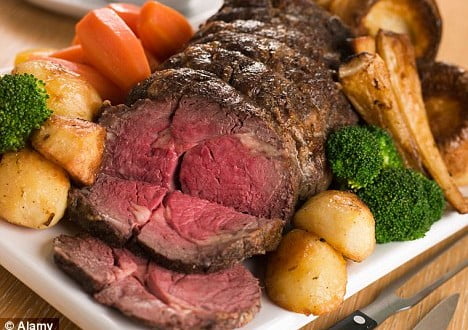 Back in January, I decided to go off meat for 3 months in what I called The Vegetarian Experiment. It turns out I didn’t last 3 months; but I definitely feel the experiment was a success. Here are a few observations:

It was very easy for me to fall into the pattern of a vegetarian diet. The biggest difficulty was clearly establishing my bounds (do I want to eat cheese? Eggs?) Once that was done, though, I quickly fell into the habit, and naturally shunned meat. I definitely feel as if I could have gone on being a vegetarian if I wanted to.

To be fair, veganism sounds a lot harder to do than vegetarianism. It certainly would involve a lot less eating out, as it’s almost impossible to control the animal parts in restaurant meals.

2. A vegetarian diet can be fulfilling and varied

One of my concerns as a vegetarian was that my diet would be severely restricted, and my options limited. On the contrary, I felt I experienced a varied, delicious diet during this time. In addition, the common fear that I would run low on proteins was unfounded. (The question I got the most was, ‘Where do you get your protein?’)

Admittedly, I ate cheese and eggs, which contribute plenty of protein. I suspect such ingredients as vegetables, tofu and nuts provide plenty of protein on their own without eggs and cheese. Overall, I don’t find proteins to be any sort of concern whatsoever.

Another common comment was that I would be losing weight by going vegetarian. That was not the case, as my weight remained perfectly stable over the last 2 months. Now, I already had a balanced diet before this, which included a lot of vegetables, and small portions of meat from time to time, all of it coming from small-scale farms.

As a result, I strongly believe I was already reaping the benefits of a healthy diet while I was still eating meat. Someone going off agro-industrial meat and fast food to a vegetarian diet would benefit, in other words, from the same gains in health that I already had from eating small portions of quality meat.

Vegetarianism tends to arise in reaction to agro-industrial meat, processed food and fast food. I believe, and studies support this, that the ills associated with meat are actually due to the industrial processing of meat, and that these effects go away with grass-fed, small-scale beef.

In addition, while weaning myself off meat for two months, I reflected at length on the ethical considerations of eating animals, and I find myself agreeing with my previous postulate: that the slaughter of animals in the context of small-scale, humane, organic and ecologically-sound farms is an acceptable thing, and a positive contribution to our species and society.

5. I do not see vegetarianism as compatible with my style of travel

I was doing fine for 2 months being a vegetarian, until I visited a Chinese dumpling restaurant in Edmonton. There, I had two choices: either I ate only vegetables, or I cheated on my own diet and had some jiao zi (dumplings) with meat in them.

In that moment, vegetarianism felt absurd. I realized I would never allow myself to pass on a dish that was kindly offered during my travels, and thus, that this lifestyle wasn’t for me. Vegetarianism is a self-imposed restriction on one’s diet, which I find incompatible with the openness I expect of myself on the road.

Back on the meat wagon

On Saturday, February 7th, I visited the Granville Island Public Market in Vancouver. There, I saw Oyama Sausage Co., a small-scale, local prosciutto vendor, offering 12 different varieties of cured meat made from small, local farms. I stepped up to the counter, and bought 4 slices of Okanagan red wine-cured prosciutto, which I brought with me outside.

Looking at the meat in my hands, I tried to understand how I felt about going back to meat.

I put the slice of prosciutto in my mouth. It tasted like fireworks should.

Previous: Black Coffee, No Barcode
Next: The Announcement