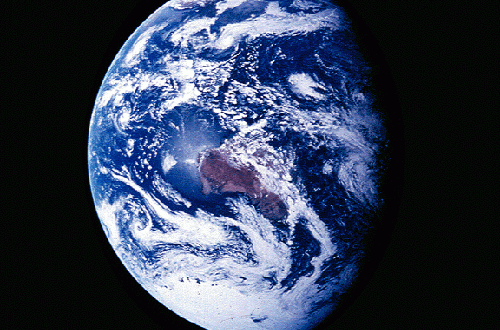 (Nota Bene: This is a repost from a Facebook note I sent around to my friends on the day I made public our decision to travel.)

I’ve been holding back this little bit of information for a while… Allow me to make it public now.

Starting in September 2009, Helene and I will leave Canada to travel around the world for a year.

This has been such a major, staggering decision for myself, that just writing it – in bold text, mind you – feels inadequate. It’s the culmination of months of anxious soul-searching, and the consequences of this decision scare me shitless. That’s a good thing, by the way: I don’t think it would be worth doing otherwise. Fear tells me it’s the right thing to do. It’s the same fear I felt, deep in my stomach, when in 2003, I flew to Shanghai to live and work there for a while. And wouldn’t you know, I’ve grown addicted to charging into the unknown.

Living abroad changes you in obvious ways quickly, and in a subtler manner over time. When I returned from Shanghai in 2006, I knew I had been changed; but only this year did I realize how profoundly. I crave the life on the road, the daily challenges of the unknown. The discoveries, and the human connection, far away from my normal life. I thought I could stave it off while I worked for BioWare, one of the best game companies in the world.

And so, in September, Helene and I will board a plane to Indonesia, the first step of our world tour. From there, going against my project manager instincts, we will follow our hearts and walk the road slowly wherever it might take us. I don’t know where we’ll end up… but I have a few ideas: Laos, Vietnam, India, Iran, Turkey, Lebanon, Syria, maybe even Ethiopia. We’ll see when we get there.

If you feel the need to chastise me for walking away from a great salary, for spending my savings to sustain a life of poverty and discomfort, for doing so in the midst of a worldwide recession… please don’t. I’ve heard it all before – from myself.

In February, I visited my dear friend John in Vancouver, on the spur of the moment. He had gotten in touch with a Lakota medicine man, with whom we participated in the traditional sweat lodge ceremony. As something of a lark, I went there thinking I would attempt to receive guidance from the ceremony. I was hoping, half-cynical, that I would find an answer as to whether I should make this decision.

Then deep in the lodge, sitting in total darkness, when the time came to raise my voice and put words to my demand, I surprised myself by speaking thus:

“Great Spirit, I come to you today because I have lost my way. I am about to leave the paved road to look for the path again. All I ask is guidance.”

That was my answer: I knew it all along.

I’ve known it for a long time. And now so do you.

Previous: The Vegetarian Experiment: Conclusions
Next: Pharos Pizza and the Soul of Edmonton 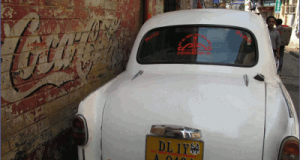 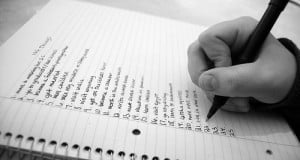