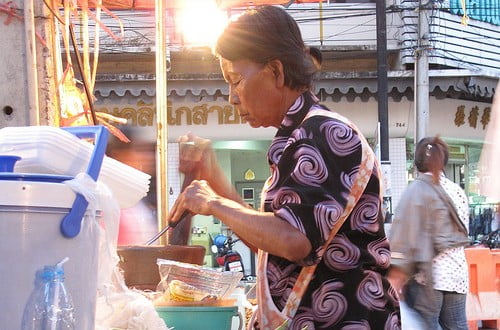 Posted by: Daniel Roy in The Backpack Foodie January 25, 2010 8 Comments

For the first part of this two-part series, see Thailand’s Northeast, Part 1: Vientiane to Udon Thani.

The train ride from Udon Thani to Khon Kaen was uneventful, except for the dirt that landed in my mouth.

The train’s wheels launched a dirt chip in the air, through the window in front of me, where it impacted against the seat. A small bit flew straight at me and exploded against my teeth. I spent the next ten minutes rincing my mouth with water and spitting it out the window.

Considering we were paying 85 cents for a hundred kilometer train ride, I didn’t make too much of the unexpected meal service.

I spend a lot of time talking about the places I love on this blog. I do this because I like to share positive experiences and enthusiasm for foreign cultures and food, and I don’t think much of remembering the places that let me down.

Khon Kaen was, unfortunately, in the latter category. The Rough Guide to Thailand sold it to us as a cheerful, upbeat place, with plenty of street vendors north of our chosen hotel, a vibrant student community, and an abundance of dinosaur statues, commemorating Thailand’s largest fossils on display at Phuwiang National Park, within daytripping distance of the city.

Suffice to say that we found none of these things. Whereas the residents of Udon Thani were cheerful and welcoming, and the food ranged from excellent to amazing, Khon Kaen welcomed us with drawn faces and uninteresting food. We cut our stay short, and boarded the local train to Nakhon Ratchasima, also known as Khorat.

We bid an unrepenting goodbye to Khon Kaen and its lack of dinosaur statues. The local train ride was filled with chattering students on their way home, and we stopped at every village along the way to let them off after their day of school.

I received no dirt chip in the mouth this time around; things were looking up.

The Lady of Khorat

Nakhon Ratchasima, nicknamed Khorat, is Thailand’s second-largest city after Bangkok. You’d think that would make it an impersonal metropolis, but you’d be wrong. Away from the beach and the hill treks, there are few enough tourists coming here that many people will say hello to you as you walk down the streets. It’s easy to feel welcome here: the city even smells nice, with fragrant flowers filling the air with a jasmine-like fragrance.

The moat that used to surround the old Nakhon Ratchasima is still there, but the center itself has moved immediately west of the old city walls. There, the statue of Lady Ying Mo, the Heroine of Khorat, guards the city proudly. Pilgrims come here to honor the woman who helped defeat Vientiane insurgents in 1826; when she was captured alongside other citizens of Khorat, she organized a rebellion that secured the prisoners’ escape.

Ying Mo is a true feminist icon: one who is praised for her heroic acts and leadership, qualities too often reserved for men. On the fresco below the city wall, she is depicted with her hair short on the sides, looking lithe and commanding, slashing down her prisoners with two swords at once.

Khorat proved so inviting that we decided to spend the new year here. This being Thailand, we would bid farewell to the year 2552. Near Lady Ying Mo stood a stage, around which numerous food stalls popped up, offering everything from fresh fruit juice to fried grasshopper. We grabbed a pad thai and some Isaan-style grilled chicken, and enjoyed the meaningless chatter of the people on stage, as they awaited midnight.

Near the center of town, Helene got her shoes repaired at a street-side shoemaker, and we chatted away with his friend. The ten words we had in common lasted us throughout the repair and beyond.

As the countdown (in Thai) came to zero, the city exploded in a show of fireworks, some of which were fired right next to us in the crowd. As we slowly retreated to our guesthouse, we soaked in the atmosphere of Khorat one last time: its upbeat feel, its energetic, happy and friendly people.

Two days later, we boarded the train to Ayutthaya. We exited Isaan in an air-conditioned train, the dirty windows blocking both the view of the countryside, as well as potential dirt chips. I’m not sure it was such a good deal.

In Isaan, we found people of amazing energy and friendliness, and all we had to trade for them were the hotel resorts and the tourists. Isaan proved, once again, that this is a trade that I will always be willing to make, and I look forward to coming back. 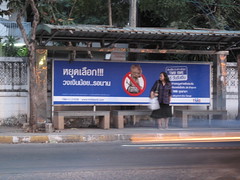 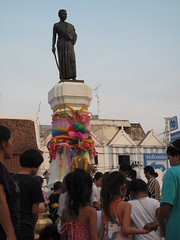 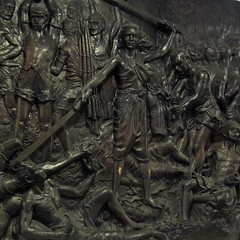 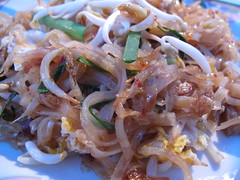 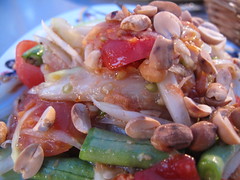 If you’re looking for a place to stay in Khorat, check out the Ban San Sabai, a fabulous guesthouse maintained with pride by its friendly owner. We paid $18 USD for a tastefully decorated, impeccably clean en-suite room with AC and a balcony, one of the best deals we’ve found in Thailand.

There are very few proper restaurants in Khorat, but street food can be found anywhere. In particular, the area immediately south of Ying Mo turns into a fantastic and immense bazaar at night, and you’ll find amazing takes on Isaan’s cuisine staples, including pork sausage, grilled chicken, som tam (spicy papaya salad) and a wide variety of sweets

Your mileage may vary on Khon Khaen, but try as I could, I did not find much in that city to call me back. If you’ve had a different experience, I would love to hear about it! 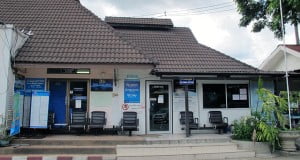 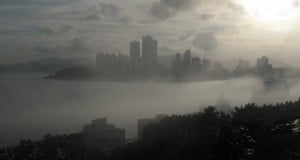