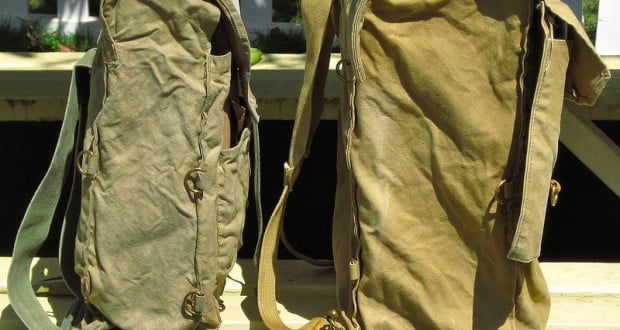 After spending three days outside of Ho Chi Minh City, Helene and I are now stationed in Pham Ngu Lao, the “backpacker central” of Vietnam. It’s a stark, and rather unwelcome, contrast to being pleasantly lost in the Mekong Delta. Much like its sister street in Bangkok (Kao San Road), it’s a small district packed with foreigners haggling over tacky souvenirs and imitation North Face backpacks, Lonely Planet well in hand.

I find this a bit sad, because I used to think of myself as a backpacker at heart. But seeing Kao San Road in Bangkok, and now Pham Ngu Lao, I realize that this isn’t exactly my crowd. For me, backpacking has always been about walking off the beaten track, and living it rough for the sake of an authentic experience. When I see so-called backpackers congregating in the same area where they’re getting ripped off in sub-par restaurants and noisy dives, I’m thinking I’m probably not part of this group after all.

When I travel, I like to stay in cheap places not because I want to save money, but because I feel smaller places are more welcoming and closer to the street life. I eat in holes in the wall for the same reason, although I have the money for the more expensive places: even in Shanghai, where I have lived 2 years and a half up to now, the best food has been the cheapest.

Contrary to most backpackers, however, I have no desire to congregate with other travellers. For me, going to a bar in Saigon is the opposite of an immersive travel experience, and seeing that this or that hotel is popular with backpackers is a warning sign to me.

Maybe I’m becoming a travel snob, or maybe I’m just too old for the backpacking circuit… But it seems to me there’s a better way to travel than to transform an entire area into a collection of cheap dives and kitch stores, where you can find your dose of cheap marijuana and easy girls.

Speaking of marijuana, there’s a sure sign that the backpacking crowd is doing something wrong. At the heart of traveller etiquette, in my mind, is the notion of ‘sustainability,’ i.e., that you should visit a place without disturbing it. Although that’s an ideal and you change the world around you every time you set foot in a new place, it feels to me like every effort should be made to maintain this principle. Now, drugs, even soft ones like pot, are punishable by death in countries like Vietnam and Thailand.

Sure, you might feel that outlawing soft drugs is wrong, and you can justify it using any left-wing sensibility you want. But the truth is, when you visit Thailand and Vietnam, you are guests in a country that is not your own. It’s one thing to go there for political activism and to help the local population, but please: don’t bullshit me saying you’re opening minds by smoking weed there. That’s just sustaining your own little vices at the expense of the respect of local laws. That you can now be accosted in Pham Ngu Lao and Kao San Road by locals selling pot is a sad, sad state of affairs.

Anyway; most likely, tomorrow, Helene and I will move back to our previous hotel, a little bit more on the outskirts of downtown Ho Chi Minh City, where the rooms are more expensive but where the Pho is cheap and delicious. I’ve seen enough white faces for this trip.