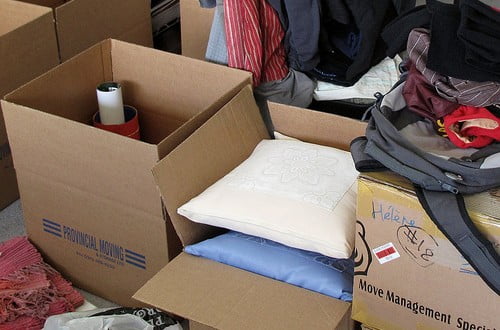 Out of the Matrix, Into the Light

“The Matrix is the wool that has been pulled over your eyes to blind you from the truth.”
– Morpheus, The Matrix (1999)

The TV unit’s prints linger in the carpet as they take it away. The DVDs, videogames, beer glasses and souvenirs it used to host will spend at least a year in cardboard boxes. The wall previously hidden by the TV unit blinds me with white. I am one step closer to the light.

In Plato’s The Republic, the great philosopher asks the reader to imagine men born prisonners in the depths of a dark cave. The only light they see comes from a fire outside their reach that projects shadows on the walls before them. To these men, Plato argues, the shadows would be all that is real.

How, asks Plato, would one of these men feel if he were taken out of the depths of the cave, and allowed to see the real world? How would it feel if he were then returned to his emprisonment?

Plato’s Allegory of the Cave has been at the forefront of my mind ever since I returned from living three years in China. I have seen and experienced things during my time in Shanghai that reveal to me the illusory nature of our world. Kind, honest folks getting by with a tiny fraction of my weekly income. Crippled children, sold into slavery by desperate parents, broken by their owners to illicit more pity. Buildings of such insane proportions as to put Blade Runner to shame. Opulence and poverty, living side-by-side, an image of the world, impossible to ignore.

Our consumer society is, to paraphrase Morpheus, the wool that has been pulled over our eyes. (And isn’t it ironic that a Hollywood film would present such a self-aware metaphor?) We are trained to think that hundreds of Iranian students dying for democracy are of passing interest, but the death of a pop star affects us deeply because we once purchased his records.

The tragedy of this consumer matrix is that its machine masters move among us in plain sight. We even know their names: Coca-Cola. McDonald’s. General Motors. Monsanto. Shell. Pfizer. These corporate entities exist as full moral individuals in our laws, hold recognized rights. They have self-perpetuating mechanisms, clear goals, and are fully able to defend themselves from any threat to their survival. When we feed their hunger with our money, they gently rock us back to sleep. But when we speak up, they use their human agents to crush our spirits. They have even subverted our own means of government to their own means.

What’s more troubling is the machine’s ability to adapt. When consumers began to reject industrial food, for instance, the food giants began adopting organic by also industrializing it. When the airline industry came under criticism for its carbon emissions, it began selling ‘indulgences’ in the form of carbon offsets. All so that we continue consuming without question.

Out in the Light

When I traveled to China, I took the red pill. I didn’t know it at the time, but something within me was awakened by three years in Shanghai. It started as an itch on my soul, and grew into full discomfort. It was knowledge: that the world was more than it seemed. That the struggles and triumphs of billions were drowned by manufactured entertainment.

I don’t travel for comfort, but for authenticity. To exchange a smile or a meal with someone outside your own personal sphere of influence is to take a step outside the cave. You don’t need the news to tell you what to think of them. Hollywood fables finally reveal themselves: projections on the wall of the cave, meant to distract you from looking back at the projectionist.

Turn off the television. Question authority. Crave human contact. Sell anything that is neither useful nor beautiful. Become a citizen first, a consumer second. Volunteer. Favor independent music. Read books that don’t make it to the bestseller list. Talk to strangers. Travel without a tour. Buy your food from farmers. Trade your used clothes. Care.

I’m not saying I’m free of the cave myself. But I’ve seen a glimpse of the Sun peeking through the entrance. I can no longer stand in the darkness, and I’m pulling at my chains. Soon, I hope, I will stand in the grass.

We are more than our bank accounts. Let’s see what happens when we act as human beings first, consumers second.

Further Reading
Here are a few books and movies that helped shape my worldview and led to my decision to step away from the corporate life and travel the world as a nomad. I hope they can help you as well. Aside from Food, Inc., they should all be available from your local library.

The Merchants of Cool is a Frontline exposé on how a few big media corporations manufacture mainstream teenager culture and recuperate any trace of dissent. Although the documentary focuses on teenage culture, it’s easy to see how it applies to almost every facet of our lives. You can watch it for free on the PBS website.

Michael Pollan’s The Omnivore’s Dilemma is the most important book I read last year. It discusses the chains that bring food to our tables, from industrial corn to small-scale organic. This book inspired me to radically change what I eat.

Bill McKibben’s Deep Economy picks up where Omnivore’s Dilemma left off, and discusses economic models that promote sustainability, community and happiness. This is a book I am keeping as I begin my world travels, as I plan to reread it every few years.

Tom Hodkinson’s How to be Idle is a tongue-in-cheek discussion of how the corporate world has fed us the values of hard work and obedience, and how to reclaim leisure in our lives. What Hodkinson has to say makes a terrible lot of sense, and is not as light a topic as the book’s cover and blurbs would let you believe.

Food, Inc., just out in theaters, is a fascinating and insightful documentary in the vein of Omnivore’s Dilemma and Fast Food Nation. I would recommend those two books over this movie, but if you don’t want to commit to reading them, this is the right place to start. Even if you have read Pollan, the sight of the gigantic feedlots is a striking, somber reminder of the excesses of our industrial food chain.

Although I have not read Richard Louv’s Last Child in the Woods, it has left a powerful impression on Helene, and she recommends the book to all parents and educators. Louv argues that we are emotionally stunting our children by cutting them off from nature.

Previous: The Cost of the First Step
Next: The Friends Who Fed Me