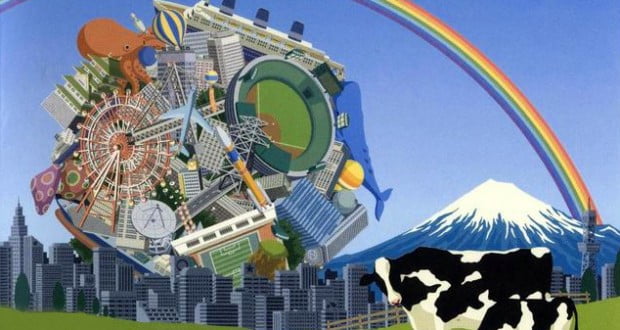 O Katamari, Our Love is Gone

You can say I’ve been with Katamari Damacy since Day One. It first showed up on my radar in March of 2004, when it became something of an underground hit sensation at Ubisoft Shanghai, no doubt having been discovered by a Chinese colleague with his finger on the Japanese game market pulse.

“This is exactly the sort of game that will never be released in North America,” was the general consensus of everybody who played it – and almost invariably fell in love with it. Myself, I was amazed at how this was possibly the first game I was playing with absolutely no end goal in mind – something not even the very open-ended The Sims and Animal Crossing can truly claim. Once I discovered the “infinite mode” in the first game, I would load up a map, and stop only when I had rolled up everything. It was that charming and pleasant.

At E3 in 2004, I was delighted to see a Katamari Damacy stand at the Namco booth. A Namco representative explained to me that they were considering releasing it in the US, but were unsure. I gushed about the game to the stunned Namco employee, and my secret fantasy is that I somehow helped tip the scales in favor of an American release. The guy then invited me to play their demo, and stopped short of explaining the controls when he saw me roll away with wanton enthusiasm and skill. “Wow, you have played before.” You bet I have.

Katamari Damacy was simply the best game I played on PS2. When I saw it was coming to X360, I was jubilant, and when the reviews rolled in (hah!), I didn’t care that it was “more of the same”. The sequel, We ♥ Katamari, had been exactly that, and I had loved it dearly as well.

Except, well, it is more of the same, and this time I can’t quite get into it. Part of it is that although it’s a game almost identical in game mecanics to the original, it’s not quite the same in spirit. What drew me to the first game was not so much the act of rolling things up itself, but rather the sheer novelty of it, the charm and the wit in the game’s visuals, and the delightfully upbeat soundtrack. In other words, it was something new and crazy and weird. Which is not what you get when you boot up the third title in a series.

In terms of change, the one major innovation in Beautiful Katamari‘s gameplay is not for the better. The King now asks you to roll specific objects in priority over others in your balls, and this detracts from the spirit of exploration of the previous titles. No longer are you simply strolling around and admiring the objects you run into; you’re now gauging all of them for the desired quality, and are reluctant to go in a rolling spree if the objects are not the desired type.

And so, despite my fondness for the Prince of all Cosmos and his universe, I feel I’ve grown out of our relationship. After I finished Katamari Damacy, I didn’t so much want more of the same thing, as I wanted other games that would surprise and delight me, and show me gaming’s immense potential. In that respect, a Katamari sequel is somewhat besides the point. (And to Katamari’s defense, it did spur many game developpers to dare more in their design.)

What I hope is that Beautiful Katamari reaches a whole new audience on the X360, and that many people experience the sheer novelty I experienced booting up the first game in 2004. As for me, it is, I guess, time to move on.

So goodbye, Katamari, and thanks for the memories!

Previous: Back in Hang Time
Next: The Eagle Has Landed