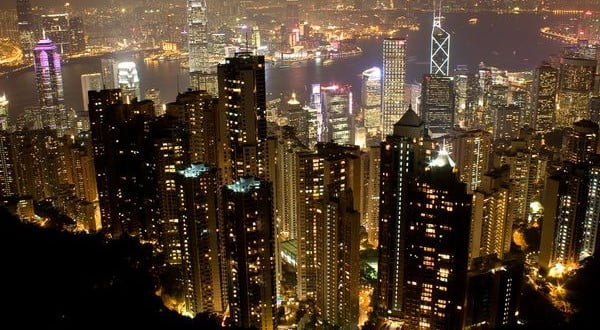 I’m writing this entry from Hong Kong, where I’m spending the week. I will return to Shanghai Friday night.

Helene and I elected for a quick vacation to Hong Kong during the May Holidays, a national holiday in China. Helene unfortunately had to return to Shanghai early (she left earlier tonight) as she teaches tomorrow morning.

Hong Kong is a great city! Helene and I both caught “Hong Kong Fever” and shopped like crazy over the last few days; she bought clothes and footwear, and I got myself a few choice electronic items such as a wi-fi Pocket PC and an iPod. It’s gonna be a pain to pay back the credit card, but hey… Right now, sitting in a cafe in Hong Kong, it feels like it’s worth it!
Hong Kong Central is a very interesting place filled with a clever mix of modern Chinese and Western charm; but it’s Kowloon, on the other shore, that really caught Helene’s attention and mine. It’s at once foreign and familiar, a mix of modern China and traditional Chinatowns as we see them the world over. Given that Chinatowns the world over are typically settled by Hong Kong immigrants, it looks so familiar, while Shanghai looked like nothing we saw before when we first arrived.

Hong Kong in 2005 is a truly rich and culturally diverse city. Many experts predict Shanghai will quickly overtake it in terms of commercial importance, which means Shanghai’s future might look a lot like Hong Kong today. It’s too bad for the cost of living, but for the rest, if Shanghai becomes a bit more like Hong Kong, I think it will be a fine city for many years to come.