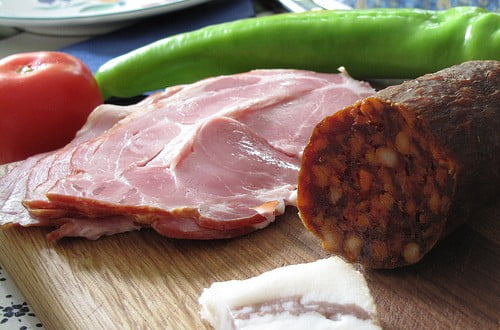 I photograph the plate of salami, lard and ham, then study the camera’s LCD. Sensing my dissatisfaction, Feri places a tomato and paprika in the shot. “Try this,” he says, a professional photographer helping a pupil. He’s right: now the composition just pops. I set the camera aside, satisfied, and set to eat my first Hungarian breakfast.

Feri (short for Ferenc) is Dorian’s uncle. He and his wife Gabi live in Budakeszi, a quiet, verdant town outside Budapest, whose baroque houses and lush surrounding hills put North American suburbia to shame. It is Dorian who insisted I stay with his aunt and uncle, and the second I tasted Gabi’s home cooking I knew I was indebted to my friend.

Gabi doesn’t speak French nor English, and yet we understood each other very well. As is always the case in the absence of a common language, an abundance of smiles and a whole lot of nodding sufficed. Feri, for his part, has no difficulty communicating in English, and he regaled us with tales of Hungary before and after the Iron Curtain, and about his two loves: aviation and photography.

Together, Gabi and Feri treated us to four days of Hungarian gastronomy, interspersed with day trips around Budapest, Szentendre and Esztergom. Feri set a delightful and relentless pace, getting us up early, and bringing us home only when it was time to eat or sleep. I doubt that we would have experienced half  of the scenes, and a fourth of the food, if it had not been for Gabi and Feri’s enthusiasm at sharing their country and its cuisine.

There is an elegance and simplicity to Hungarian dishes that make them much more suited for the home kitchen than the restaurant. When I first tried the Hungarian bean soup (csülkös bableves), it triggered in me deep memories of home cooking in Canada: potatoes, carrots, a meat broth and some lard, ingredients at home both in the heart of Hungary and on the French Canadian family table. I thought of the Eastern Europeans who had immigrated to Canada with my ancestors, and whose ingredients and recipes they had shared. In this dish laid a connection between Hungary’s history and my own.

One ingredient reminded me of our differences: the ubiquitous paprika, which turned out to be more complex than I have expressed in my previous post on the topic. Whereas “paprika” in North America designates the red, sweet pepper powder, in Hungary the word merely means “pepper”, and encompasses anything from spicy chili and bell pepper (which the Hungarians call “California pepper”), to various pastes and powders derived from them. In its fresh form, it is consumed alongside meals, in small pieces. As a paste, it flavors soups, giving gulyás (goulash) the scarlet hue that had impressed me so much the first day. In powder form, it sits alongside salt and pepper, enhancing dishes to one’s individual taste. In all these forms, paprika can be sweet or slightly spicy, giving Hungarian cuisine a flair uncommon to other East European cuisines.

Over our Hungarian breakfast, Feri and I talked about food and industrialization. Feri lamented the gradual incursion of what he calls “plastic” (processed) food into the Hungarian diet, a reality that seemed impossibly distant given the quality of the produce on the table before us: honey from a local beekeeper, cherries from Gabi’s sister’s garden, apricot marmalade made by Feri’s mother, homemade bread. What would be considered the strict domain of the food-obsessed locavore in North America is, at least in Gabi and Feri’s house, a traditional way of life.

In-between meals and conversation, Feri drove us through kilometers of countryside as he endeavored to show us the beauty of Hungarian villages, or bring us to an open-air jazz concert in the center of the medieval town of Esztergom. When night would fall, he would entice us to take one more picture while the light was good. Gabi joined in the fun, even patiently explaining to us the history of Esztergom’s Basilica, built in the 19th Century on the grounds where Saint Stephen was crowned King of Hungary on Christmas Day 1000. The wonders we experienced are too many to do them justice, but include a sunset over the Danube in Szentendre; a traditional meal across the Slovakian border in the company of Gabi, Feri, their daughter and her friend (both named Ági), and Gabi’s childhood friend Erica; and a memorable visit to Újpesti Piac, arguably the best farmer’s market in Budapest.

Alas, Saturday finally came, and it was time for Philippe and me to take the train to Vienna on our way back home. My heart sank when I had to bid farewell my newfound friends, who a mere 3 days earlier were still strangers. My bag was also heavy: witnessing my passion for Hungarian food, Gabi insisted I bring home no less than four variants of paprika, as well as a pot of apricot marmalade bought at Újpesti Piac.

As Feri drives us to the railway station, he doesn’t stop pointing out monuments and historical buildings of interest, our guide to the end. I had seen these buildings a few days earlier, as my brother and I walked the streets alone. But here in the car, I realize how much knowing Feri has illuminated Budapest for me.

Feri points to an ancient opera house, and tells me another story. And Budapest just pops. 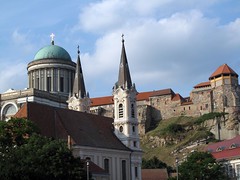 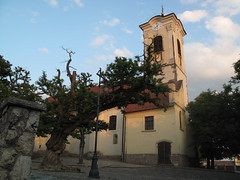 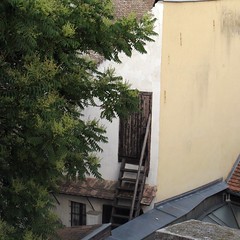 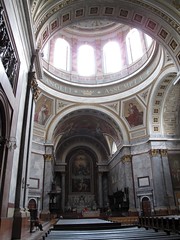 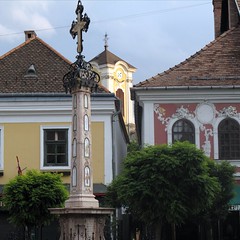 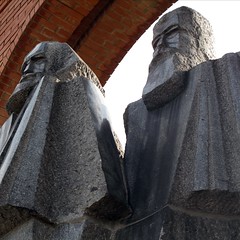 Statues of Marx and Engels 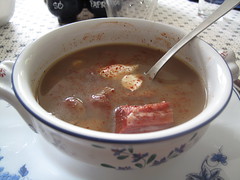 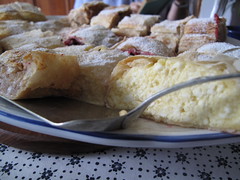 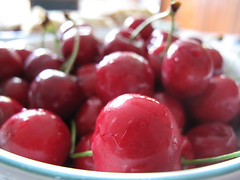 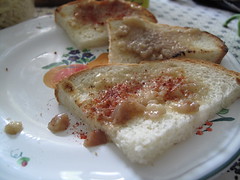 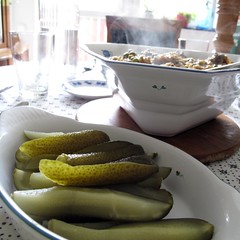 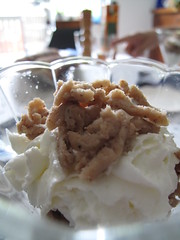 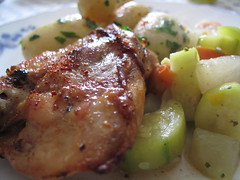 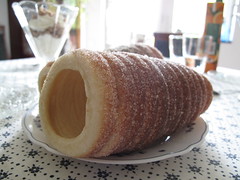 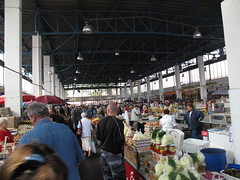 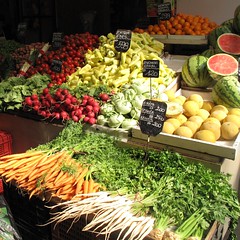 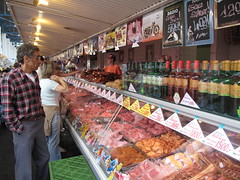 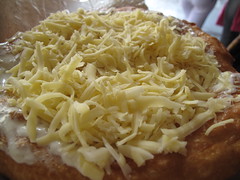 Previous: Hungary & Austria: Due Thanks
Next: Drenched in Elegance 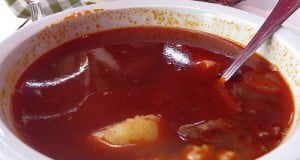 Paprika is the New Red