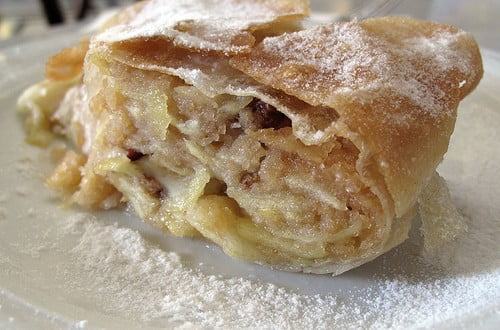 The Café Nautilus, set within the crown of the Naturhistorisches Museum, exemplifies the impossible beauty of Vienna. The Museum’s dome looms above, its Art Nouveau style drawing my eye, smothering my gaze with overwhelming beauty. When my Appelstrudel arrives, it too exhibits a singular elegance: the gentle dusting of sugar, the delicacy of its flakes, the joyous taste of fresh apple.

This ancient sense of style extends even to the Viennese. As I haul my backpack through central Vienna, grimy from the road and my hair unkempt, I feel like a traveler from some rural country, painfully aware of my own lack of sophistication. The Viennese, men and women alike, are beautiful and stylish. Handsomeness is so common that I meet women who would be considered stunning in Canada; here, they move with the muted confidence of the merely pretty, supermodels in plainclothes. Indeed, as the Viennese age, they do not seem to lose their beauty, as much as draw it within themselves, transmuting it into a proud elegance.

Vienna’s wealth is all the more stunning when one considers that Austria and Hungary were, for 51 years, one country. World War One split them apart; then, as the USSR rose across Europe, the Iron Curtain was drawn across the Austrian-Hungarian border. To visit Budapest and Vienna today is to witness the separate destinies of European nations on both sides of the Soviet border. Whereas Budapest’s immense beauty persevered despite a Soviet predilection for functional ugliness, Vienna thrived as the prize jewel of Central Europe. The contrast is stark, almost painful.

Vienna’s Eastern European roots can be felt all the way to the dinner plate. The quintessential Viennese dish, the Weiner Schnitzel, seems a far cry from the refinement of Austria’s neighbors to the West. The deep-fried veal cutlet dish might have originated in Milan, but it has more in common with other Eastern European dishes than with Italy’s haute cuisine. But to discount the Weiner Schnitzel as unrefined would be a misrepresentation of Vienna’s culinary grace: the meal, in Austrian hands, transcends its simple nature to once again capture Vienna’s refinement.

As I walk away from the Naturhistorisches Museum to the impossibly opulent Imperial Palace, I wonder who paid the price required to build such beauty. As the sad rule often goes, the stronger the empire, the more beautiful its architecture: if so, the Austro-Hungarian Empire must have been very powerful indeed. Washed of its imperialistic past, all that remains of Vienna’s empire is its overwhelming beauty.

Much like the peasant roots I taste wrapped through the elegance of its cuisine, I suspect a simpler humanity glows underneath the veneer. My travels are often illuminated by the human connections I establish on the road, but lack of time and an intimidating grandeur are keeping me at bay. I feel like a ghost walking down the aisles of Vienna’s central cemetery: marveling at the beauty, yearning for human warmth.

It may only be skin-deep, but for now, this facade will have to suffice. I walk the streets of Vienna, subdued by its exuberance, charmed by an ancient seat of empire, and resolving to come back and find out what heart flushes this face with such impossible elegance. 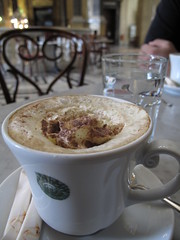 A Cup of Coffee - Museum of Natural History, Vienna 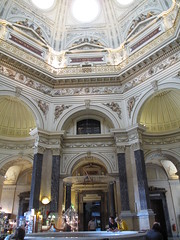 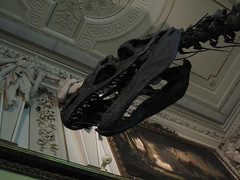 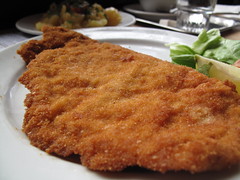 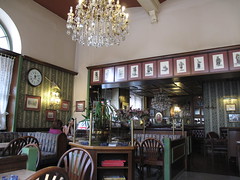 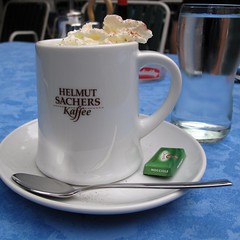 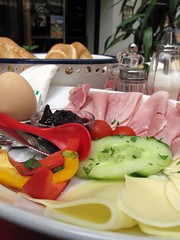 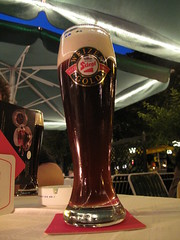 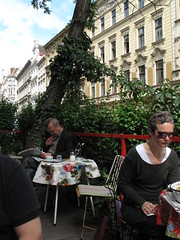 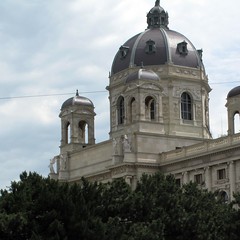 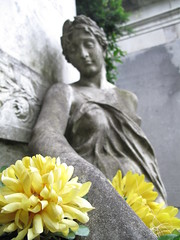 Flowers on a Grave 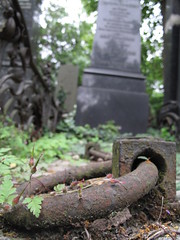 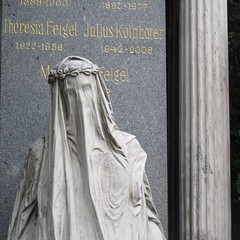 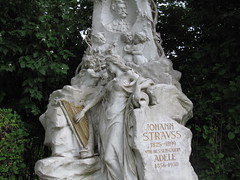 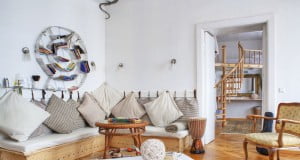