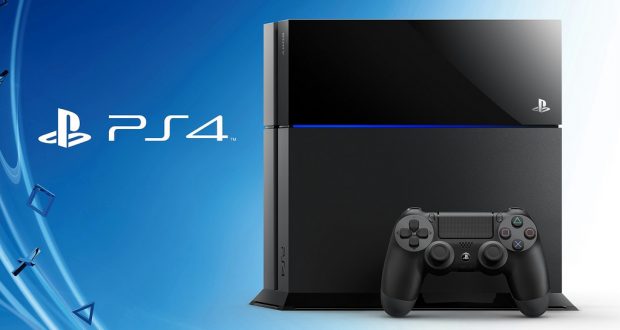 Are you, say, an American living in Japan or Korea and looking to buy a PlayStation 4? Then I have good news! It’s easier than ever to get your own gaming console from abroad, given Sony’s decision to change their region lock policies. There are a few things to keep in mind, however. Here’s what I learned this month as I bought my own PS4 system.

First, the good news: the old concept of region locks on physical media is gone. This means if you buy a PS4, say, in Hong Kong, you’ll still be able to play PS4 games that come from the US or Europe. The only thing you need to keep in mind is languages; make sure the games you buy have English. One sure way to do that is to buy versions from your home country and have them delivered overseas.

That’s not to say there aren’t any region lock mechanisms in place, though. The way Sony locks you in to a specific region is through your PlayStation Network account: if you have, say, an American PSN account, you’ll only be able to buy Store items and redeem codes that are valid for the U.S.

For instance, it means that if one of your games comes with a Japanese code for some downloadable extra, you won’t be able to redeem that code unless you have a Japanese PSN account.

Second bit of good news: just like modern laptops, all PS4 consoles work on 110-220V out of the box. This means you won’t need a power adapter to bring it back home and plug it in: all you need is a plug adapter.

Keep in mind Sony doesn’t officially endorse this, but it still totally works.

Now for the bit of bad news… If you purchase your PS4 in Asia, you’ll have to contend with two button schemes.

Consoles sold in Asia (including China, Korea and Japan) use the Circle button to confirm and the Cross to cancel. This is the opposite of Western systems, where the Cross means confirm (“X marks the spot”) and the Circle means cancel.

Where it gets tricky is that Western games, even when played on an Asian console, will use the Western button scheme of Cross to confirm and Circle to cancel. So when navigating the PS4 menu you’re using Circle to confirm, then will have to switch to Cross when entering a U.S. game.

There aren’t any solutions to this problem, either. You can change the button mapping in the Settings menu, but that just means you’ll be using Cross to confirm in the PS4 menu and Circle in U.S. games! There’s no way to make that scheme consistent across the board.

It took me a few days to get used to it, but this is probably the biggest argument against buying an Asian PS4 if you’re going to play U.S. games. Be warned.

Let’s say you’ve bought your PS4 in Asia and have a PSN account back in the U.S., linked to a U.S. credit card. If you’re buying a console, chances are you’re living abroad and getting paid in local currency. So is there any way to use a local credit card instead of spending your funds back home?

The answer is yes, kinda. What you can do is purchase cards for your home store online. Since you’re purchasing online, there are no restrictions to what payment method you use to make the purchase. Make sure you purchase the right card for your PSN account, because otherwise you won’t be able to redeem the code!

For online credit purchase, I’ve found PC Game Supply to be very reliable. You get the code within five minutes, and you can immediately redeem it in your PSN account.

For example, I have a Canadian PSN account but live in Korea. Since I want to use my Korean bank account to pay for Canadian credits, I go to PC Game Supply and purchase Canadian credits there, then pay using my Korean PayPal account. Of course, that means I get to pay exchange fees from PayPal.

Note that some of these online credit retailers put a cap on how much you can spend in a month. PC Game Supply is capped at around $350 US.

One of the most fantastic aspects of the PS4 is the ability to download games directly to your hard drive. As per Sony’s requirements, all PS4 games have to be available for download. This saves me the major hassle of having to order U.S. games from abroad, then wait for the games to arrive. Since I live in South Korea where the Internet is dirt cheap and blazing fast, I can have, say, Fallout 4 or Uncharted 4 downloaded to my hard drive in less than an hour.

As I explained above, you’ll only have access to the PlayStation Store that corresponds to the location of your PSN account. This means if you have a U.S. account, you’ll be able to purchase all the U.S. content as if you were back home, but none of the Korean content.

Buying a console abroad has become easier than ever with the changes Sony has made to their console’s region lock logic. Combined with the ability to download games straight to your console, there’s not much of a difference anymore between bringing a console with you from home, or purchasing it abroad. The only annoyance, and frankly it’s a major one, is the Circle/Cross inversion on Asian consoles. I’m fine with it now that I got used to it, but I could see this being an argument against buying your PS4 system abroad.

Do you own a PS4 system purchased abroad? Are you looking to purchase one? Share your experience or questions in the comments below!

Previous: 5 Things I’ll Miss About Oaxaca (and Some I Won’t)