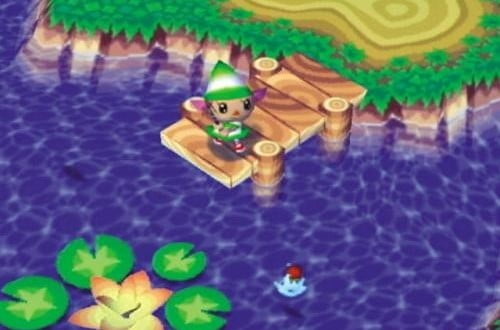 I’ve been playing Animal Crossing: Wild World for well over four months. It’s helpless: I’m not even touching my regular consoles anymore, so obsessed am I with completing the Museum’s fossil collection or catching the elusive coelacanth.

Well, after four months, I have actually spent a day without turning on Animal Crossing. I’m shaking a bit, but holding OK. To compensate, I’m playing Age of Empires on DS, which is, so far, an excellent Turn-Based Strategy game. We’ll see how it holds up after a while, but it’s good fun so far.

It’s a good thing too, because the Grail-like XBOX 360 is on its way to my home right now. I asked a friend to try and pick up one for me during his trip to San Francisco, but it turns out the darn thing is sold out in 16 stores there. Finally, it’s my parents who are shipping me one in the next few days.

So look for me on XBOX Live pretty soon. I’ll be polishing my skills on Call of Duty 2 and Project Gotham Racing 3. Both games are much less embarrassing to be playing during the development of Splinter Cell Double Agent than that damn Animal Crossing… One more month of play and I’d have the level design team have Sam infiltrate Tom Nook’s shop, for God’s sake!