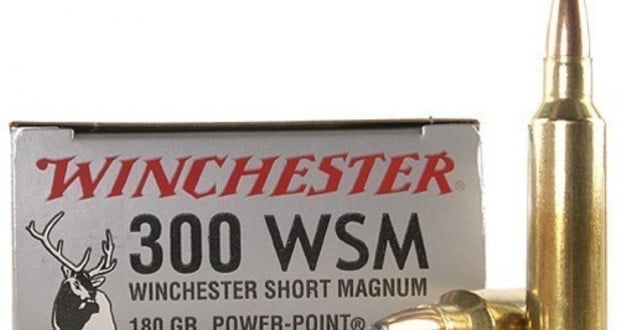 A Vegetarian with a Gun

Sunday morning, my shoulder will feel sore as hell. It’s getting punched repeatedly by a merciless bully. The bully’s name? .300 Winchester Magnum.

I line up my shot, remembering not to lean forward too close to the rifle’s sight; I don’t feel like shopping for a new pair of glasses with a black eye. My target is square in the crosshairs, so now comes the hard part: not fearing the kick of the gun as the shot is fired.

“Every time, you have to convince your brain that this time, this one time, you won’t get hurt, that a bullet is not about to explode inches from your face. But of course, it’s a lie,” explained Jim, an ex-colleague and gun enthusiast.

Unfortunately, I’m not that great at lying to my brain, yet. I can’t help but double-check that the rifle’s butt is squarely set against the crook of my shoulder. I can’t help but close my eyes the second before I pull the trigger.

The shot goes off. The bullet’s explosion is enough to shake some snow off the roof of the firing stand. My shoulder briefly throbs from the hard plastic punch of the rifle’s butt. I check the target, and see I’ve missed the center by a few inches. I jerked a bit as I squeezed the trigger, knowing the shot was about to go off.

I eject the spent cartridge by pulling back the bolt. I load up a new one, and lock up.

Lining up the shot, I start lying to my brain again.

Jocelyn, Ben, Jim and I are at the Sherwood Park Outdoor Firing Range on a Sunday afternoon in February. Despite the biting cold, two other men are at the rifle range, and shotgun shots can be heard from the skeet shooting range nearby.

I came here at Jocelyn’s behest, after he heard of my trip to West Edmonton Mall’s Wild West Shooting Range. Joce is a Quebecois friend from BioWare, and a hunting enthusiast. I hadn’t planned to venture again into the world of firearms, but Joce’s proposal is tempting: he’s offering me the chance to fire real hunting rifles, at an outdoor shooting range. In travel terms, he’s suggesting I move away from the tourist trap, and try out an authentic local spot. Put almost anything to me in these terms, and it’s impossible to say no.

On the way over – a 45 minutes drive from downtown Edmonton – Jocelyn and I talk about local food issues, as well as the thrill of hunting. And truth be told, I’m warming up to the idea of stalking an animal, holding a big gun. “What’s more organic than a buck that grazed from the forest all its life?” asks Joce. He’s right.

After the WEM shooting experience, I’m less weary around firearms. Not that I’m careless, on the contrary – but my aversion for them is turning into respect. As my friend Malcolm puts it, it’s the kind of respect you give a boiling pot. You can feel it coming from the experienced shooters, as well; you never see the guys waving them around, or making light of them in any way. If anything, they are even more aware than me of the gun’s destructive potential. When I lean forward to look through the scope of Ben’s unloaded rifle while Jim is in the field placing targets, Joce quickly instructs me to put the rifle down, even when it was clearly not loaded. I feel a bit shameful, and do as he asks.

Once Jim is back from the target area, Joce sits down to business: he’s doing load development on two of his rifles, which means he’s testing out a number of loads for accuracy and velocity. It’s all business for him, but thankfully, he lets me sit down with another one of his rifles, and a box of .300 cartridges.

I shoot enough of them to numb my shoulder. Lie as much as I want, my brain remains firmly convinced I’m out to hurt myself every time I pull the trigger. Damn you brain for being right.

On the way back from the shooting range, I express my satisfaction to Joce. It definitely felt more real than at West Edmonton Mall, and firing a hunting rifle capable of taking down a moose is quite different from a 9mm pistol.

We talk about hunting some more. Joce explains how he’d like to butcher an animal himself, some day, maybe this year. I nod my consent. Whenever I speak to hunters, there is nothing but respect for the animals they kill. They talk about the thrill of the hunt, of the beauty of nature, of the quality of the meat.

“The people who say it’s too easy to hunt with a gun make me laugh,” explained Jim, earlier. “They have no idea how hard it is to kill an animal with a rifle. The cold, the interminable waiting, the difficulty of hitting an animal at 100 yards… It’s hard.”

Joce, for his part, explains the thrill you feel when you have an animal in your sights. “That’s what you don’t get at the firing range… the adrenaline. Your hands start shaking, it’s so hard to take a shot.” It sounds like a hell of a thrill.

Feeling my bruised shoulder, I wonder what it would be like to kill a buck myself. To clean its carcass. To grill its meat on the barbecue. I wonder how you can be disrespectful to an animal when you snuffed away its life yourself. Is it possible to treat it with the blind contempt our society holds for industrial meat? I doubt it.

In a way, the thought process that got me here, on a cold, sunny day, is the same that got me to quit meat for 3 months.

It comes from a desire to appreciate the food I eat with both eyes open.

Previous: My Bucket List
Next: Black Coffee, No Barcode